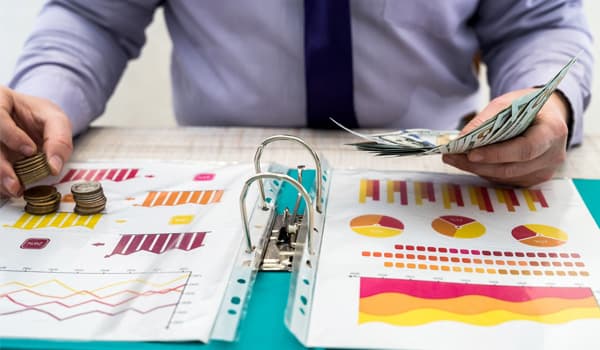 If you’ve heard about penny stocks, then hopefully you didn’t while you were watching 2013’s The Wolf of Wall Street. That movie, despite its great entertainment value, gave penny stocks a really bad name. Penny stocks, as is somewhat indicative of the name, are more low-brow. They’re cheap, coming in at a share price of £1 in the UK and under $5 in the US. These companies are usually small and low-valued. In essence, these are companies that might have a great concept on their hands and are awaiting further investment. They could blow up and rake in the cash or they could implode – thus their capacity to offer higher risks and higher rewards.  Penny stocks are perfectly suited to today’s world of online trading as they’re regarded as more of speculative investment, and this is because they’ve yet to shine. In the UK you can find these stocks listed on the FTSE Alternative investment market (AIM) index. With all this in mind, let us now look at some penny stocks in the UK that might be worth your time.

Prior to becoming Quantum Blockchain Technologies on the 7th May 2021, the company was known as Clear Leisure PLC. The name change came about due to a change of focus. Previously the company operated within the tourism sector but after a majority shareholder decision, technological development was opted for instead. Blockchain technology is the digital instrument used in the production and transferring of cryptocurrency. The company now looks set to enter into cloud mining agreements and setting up Bitcoin mining operations in Italy.  Long-term aspirations include artificial intelligence and quantum computing to name but some.

Zephyr Energies is a commodity investment platform, specializing in natural gas and oil, and based in the Rocky Mountain region of the US.  While its operations are based in the US, the financial outcomes of its actions are sure to increase its share trading options in the UK. This is because the company relies on a technology-led approach to yield returns from distressed small cap oil and gas companies. One could compare their operations to that that of a bail-out. In essence, the company deals in acquisitions, turnarounds and exits within the energy sector and has a proven track record of doing so. One of their most recent success stories was the turnaround and sale of Cabot LNG (a liquified natural gas company) for $800 million.

MobilityOne Limited incorporated has been listed on the LSE’s AIM since mid-2007 and the company’s main focus is online mobile payment platforms and solutions in Malaysia. Their service appeal extends to a series of varied sectors and industries including and not limited to supermarkets and retailers, financial institutions, transportation providers and other services that need transactional technology. The company claims to have incubated a transactional ecosystem encompassing more than 2000 payment points, including 8 banking partners and thus equating over 10 million users.

This penny stock company specializes in a slew of chemicals often found in household cleaners and applicants. The difference is that Itaconix uses bio-based polymers as ingredients. Their ingredients are found in laundry detergents, odor management items, hair styling products, and dishwasher pods. Originally known as Revolymer PLC, the company changed its name after its acquisition of the Itaconix Corporation in 2016, the company responsible for developing the polymer technology that Itaconix now uses. As is indicative of the name, the company’s offerings are sourced from itaconic acid, itself sourced from starch, thus allowing Itaconix to carve out its own piece of the lucrative sustainability pie.