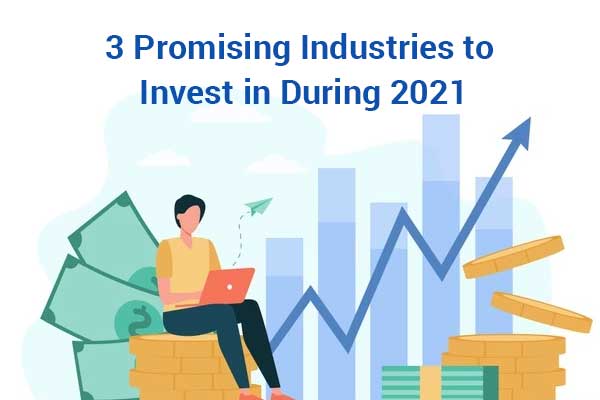 The world of commerce has seen its axis shift immeasurably in the last 18 months. Some sectors that were previously predicted to have prosperous futures now face great uncertainty, while other industries have experienced a renaissance or take-ff in the last year or so.

If you are looking to invest some of your personal wealth in industries with immense growth potential in 2021 and beyond, read on as we outline some of the most likely sectors to feature ‘multi-bagger stocks’.

What makes a multibagger stock?

The term ‘multi-bagger stock’ was coined by an investor named Peter Lynch. They are few and far between, which makes finding the next multibagger stock an exciting challenge for many retail investors. Multibaggers are stocks that provide returns equating to multiple times the cost of the stock itself. For example, a stock that provides a ten-fold return on the initial investment is known as a ‘ten bagger’.

The key to pinpointing potential multi-baggers is acknowledging that big companies make small moves in the financial markets and small companies tend to make big moves. With that in mind, let’s look at some of the promising companies to invest in across three growth sectors in 2021 and beyond.

There is no doubt that the time for artificial intelligence (AI) is now. This automated technology has long held the potential to transform aspects of our everyday lives and it’s already coming to fruition. According to Grand View Research, the value of the global AI market was set at $63.35bn in 2020 but is due to grow at a whopping compound annual growth rate (CAGR) of 40.2% between now and 2028.

Micron Technology is one stock that has already exhibited signs of being a multibagger AI stock. The company manufactures memory chips suitable for self-driving vehicles. Its share price has already risen 300% in the last five years and demand for memory chips is only set to expand, with the self-driving industry and even the smartphone industry likely to lean heavily on memory chips. Californian firm Applied Materials has also seen its share price surge 360% in the last five years and earlier this year it unveiled a new optical inspection system. ExtractAI is designed to monitor defects in memory chips using AI software. Looking at firms with new, ground-breaking technology ready for future growth is another indicator of multibagger stocks.

The entertainment industry is undoubtedly one of the fastest-growing sectors on the planet right now, be it streaming or iGaming. On-demand streaming platforms like Netflix and Amazon Prime have changed the game for home entertainment. Although we may have missed the boat for investing in Netflix and Amazon Prime as a multibagger stock, opportunities still exist. Roku is one such company to watch that has the potential to scale fast – one of the key indicators of a future multibagger. Roku is at the forefront of the cord-cutting revolution, enticing users to cease their satellite contracts in favor of streamed content.

It’s a similar story in the gaming world, which is another fascinating subsector of entertainment. The casual mobile games segment has experienced impressive growth in recent years. According to Iron Source, mobile gaming revenues were said to have peaked at $76.7bn globally in 2020 – a year-on-year rise of 12% on 2019. Much of that is due to publishers like Zynga, whose share price has risen 161.35% in the last five years. The iGaming scene has also attracted significant attention, due to its increasingly immersive and authentic casino gameplay, underpinned by live casino technology. Statista claims its market will be worth $92.9bn by 2023. You only have to look at the reviews of LeoVegas India to understand that leading operators are earning enough to dish out lucrative offers and promotions to new and existing customers. The quality of earnings is certainly one way to pinpoint a prospective multibagger stock to invest in.

Fears of irreversible damage to Earth due to heavy and light industries has sparked many companies into action in the renewables sector. There is plenty of growth opportunity left in the renewables market, be it powering vehicles, homes or businesses.

Israeli firm SolarEdge Technologies is a prime example of a multibagger stock, rising nearly 800% in the last five years. Its optimized inverter transformed the harvesting of solar power for renewable electricity. The global pandemic was a roadblock to SolarEdge’s share price growth due to a significant decline in solar installations worldwide. However, a partnership with Schneider Electric creates new, efficient installation possibilities. It takes a lot of patience and research to seek out the next big multi-bagger stock, but some of the brands mentioned above still have tremendous growth potential.