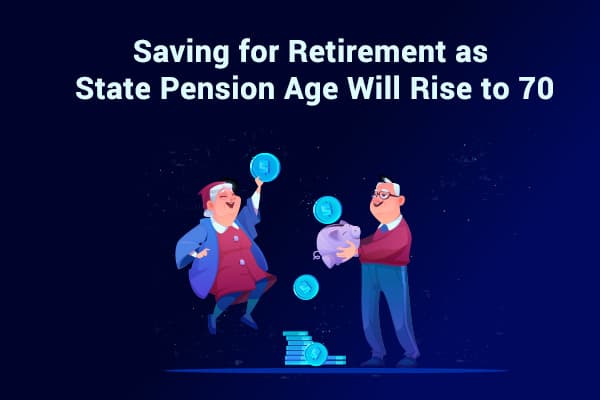 People are living longer, and it will affect their retirement plans. The British government is warning its citizens that there will be a direct effect on the state pension age. There is a plan to increase the pension age from 66 to 70 for male and female retirees. Understandably, those working and saving funds now are concerned about what this will mean for their futures.

The pandemic has not helped matters much either. Since it cost the government so much money to cushion the blow of COVID-19, officials are contemplating getting rid of the triple lock guarantee. The whole idea behind the triple lock is that the state pension fund would remain as unchanged as possible considering various economic fluctuations. If the government goes ahead to scrap the triple lock guarantee, there will be knock-on effects. Current pensioners’ incomes – and that of future generations of retirees – will be severely diminished.

It is more crucial now than ever before to apply a holistic approach to savings, pensions, and investments. Twenty years in retirement is a long stretch of time to wish you had done something more, better, or sooner about ensuring your financial comfort.

The Evolution of State Pension Changes

The recent changes in state pension serve as a reminder that the government has always been tinkering and tweaking the pension scheme. It was first modified to allow women to retire at the same age as men – 65 years old. Before this first significant change, women retired at the age of 60.

Amidst all the changes in general, and due to the pandemic in particular, the government instituted a triple lock system to keep the state pension income at the same level as other people’s incomes. In this way, pensioners could have a dignified standard of living in retirement.

A new state pension age will have many effects, including changing the age most currently employed persons choose to retire. Adjusting to this new reality is taxing and a major disruptor of people’s best-laid plans. For example, a young man aged 38 – a husband and a father – works diligently at his organization for roughly 13 years. He takes care of his household and performs his civic duty by paying his taxes. His situation looks good as he is already eligible for partial state pension assistance because he has over ten years’ work experience. Also, according to his plans, he can claim the full state pension benefit in a little over two decades.

If you are putting all your eggs in the state basket, then you should know that the full state pension is £9,340 per year. This amount is roughly the equivalent of 33% of a full-time salary. Only people who have worked for 35 years or more are eligible for this amount. Anyone with ten qualifying years under their belt can receive partial state assistance during their retirement years.

No matter the amount of money you can claim from the state during your retirement, it is still not wise to fully rely on government assistance. Given the precarious nature of the world and factoring in unexpected events such as the pandemic, it is advisable to find different ways to top-up your retirement income. That way, you can live as comfortably as possible in the winter of your life.

To regain control of your financial future and to determine when and how you retire, you should investigate ways of getting more money into your coffers.

The most obvious first step, which you are most likely already doing, is putting money away in a savings account. While this may go some way to feathering your nest in later years, it will not do, especially since savings rates stand around 0.5% and inflation is at a staggering 3%.

Responsible homeowners paying agreeable mortgage rates might consider using their property to boost their post-working life income stream. Investing in property is a secure and reliable way to ensure that there will be enough financial support for any lifestyle choices you wish to make during retirement.

Without a doubt, the pandemic has increased the challenges linked to saving and planning for your financial future. However, if you are young and currently employed, you have time on your side. Make the best use of your time by being proactive with your pension saving plans and investment strategies. Though budgets may be slightly strained, any small amount put aside for the future will reap healthy rewards in due season.